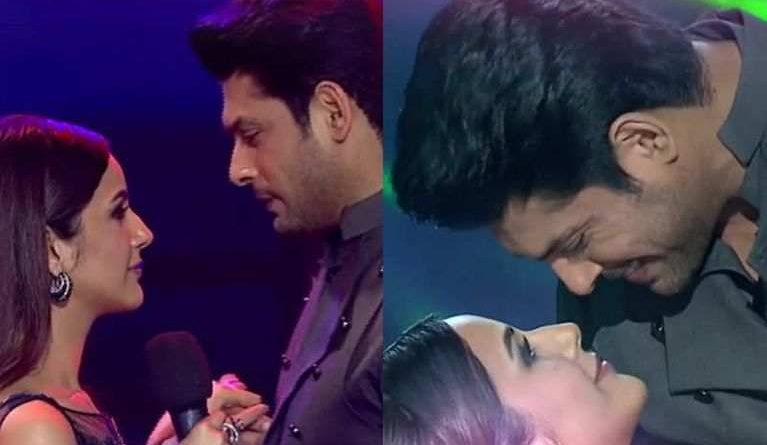 Shehnaaz Gill Breakdowns After Sidharth Shukla’s sudden demise! Sidnaaz, this one word touched millions of hearts. Sidharth Shukla and Shehnaaz Gill met on the sets of Big Boss 13 two years back in September 2019 and since, then, there is no going back. The two bonded instantly, and we all loved their chemistry inside and outside the Big Boss house. The sudden demise of Sidharth Shukla left ShehnaazGill in a shocking state. She has turned completely lifeless and pale.

Friends, family, and fans are all worried about her. It is so painful to see the most loveable Jodi separate. But the love and bond they shared are eternal and immortal.

The inseparable chemistry between #Sidnaaz

Sidharth Shukla was a famous name in the entertainment industry. From the most famous face of Balika Vadhu to his Bollywood debut in Humpty Sharma ki Dulhania, he never misses a chance to make us smile with his stunning performance.


People went crazy when they heard about Siddharth Shukla entering Bigg Boss 13. However, he was infamous for his aggressive and arrogant behavior. With his charm, intelligence, charisma, and fun-loving nature, he won the hearts of many, including Shehnaaz Gill. She was one of the bubbly personalities. With her innocence and fun-loving nature, she broke the wall that Siddharth Shukla has created for years. 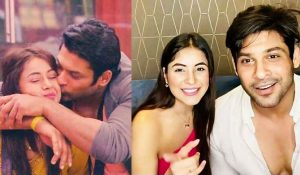 During their Bigg Boss 13 journeys, we often saw Sidharth and Shehnaaz supporting each other. Siddharth taught Shehnaaz to stand up for her and not let people take her advantage, while Shehnaaz helps Siddharth calm down his aggressive behavior. Soon beautiful chemistry developed between the two, which grew even stronger after coming out of the Bigg Boss. However, #sidnaaz never officially confirms their status, but they would never fail to express how much they loved each Other through small gestures. Recalling Shehnaaz Gill’s birthday celebration, we saw them enjoying their happy moments.

Shehnaaz never fails to express her feelings for Siddharth. From Big Boss season 13 to dance Deewane season 3 to Bigg Boss OTT, Shehnaaz often flaunts her love for him. Shehnaaz often referred to Sidharth as a family. The last screen appearance of the duo was in Big Boss OTT and Dance Dewane. Along with this, they appeared in few ads, films, videos, and music albums. We loved the two in one of their most hit song, “Shona Shona.”


Bigg Boss season 13 video recently went viral in which we saw  Sidharth Shukla “Even when you turn 70 and if I am alive till then feel free to call me”. This statement left Shehnaaz blushing.

Recalling the bond that Sidnaaz shared

Shehnaaz Gill and  Sidharth Shukla were rumored to be dating, but there is no official confirmation. During their Bigg Boss journey, we saw the duo fighting, loving, and teasing each other. Salman Khan often teased the duo during the show. The couple gained immense popularity and a hashtag called #Sidnaaz was used for them. 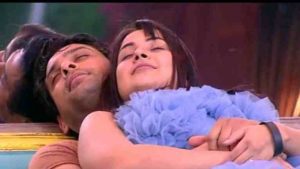 After the Bigg Boss journey, Siddharth Shukla first posted his Bigg Boss 13 winning photo alongside Shehnaaz Gill. Later they shared many thanking reels for a great response on their music video Shona Shona. We often see Siddharth Shukla posting pictures with Shehnaaz in which he kept looking at her.

On Sidharth Shukla’s birthday, Shehnaaz posted a video of them where we saw them laughing and enjoying the moment. We also saw them in Darshan Raval’s music album Bhula Dunga.

One of the most heartbreaking photographs that we saw was Shehnaaz Gill attending the funeral of Siddharth Shukla at Oshiwara crematorium along with his brother Shehbaz. In the videos and photographs that surfaced around the internet, we saw Shehnaaz Gill crying continuously. She also fainted at the crematorium and was calling out his name. It is so painful to see this beautiful relationship ending on such a sad note.

What do celebrities have to say about Sidnaaz?

Fans, friends, and family members are quite concerned about Shehnaaz. Many of their common friends were broken after seeing Shehnaaz in the most vulnerable state. According to media reports, Shehnaaz’s Father said she is not at all fine. She is in utter shock and kept saying she felt him; he went cold and died in her arms. It is so horrifying to imagine her state of mind. Many celebrities like Aly Goni, Shefali Jariwala, Sambhavana Seth, Rahul Mahajan, and Himanshi Khuranna took to social media to express their concern. In the crematorium, Shehnaaz ran towards the ambulance, saying, “Sidharth Mera Bachha.” She was part of the last rituals and puja performed by the family.


Fans took to social media and expressed their immense love for the two. Various clippings from their Big Boss 13 journey flourished on the internet. People tweeted, “Sid come back,” “Stay strong Shehnaaz,” “Sidnaaz is eternal.” Many of them called their love story immortal, and even death cannot separate the two.

The love, bond, and chemistry the couple shared is an inspiration for people who are hopeless in love. They are the true example of selfless love and never expected anything from each other in return. Sidnaaz is an immortal love story, and nothing can break their love and bond. 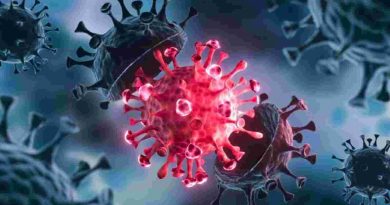 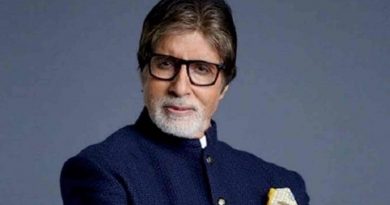